. . . where we spent last weekend. Deal is where Rayner Heppenstall, avant-garde (well more or less) novelist, translator of Raymond Roussel, Catholic convert, eccentric diarist and so on, lived the last part of his life, dying here in 1981. His diary apparently displays an obsessive concern with the details of daily routine. You can already see it in his memoir ‘Four Absentees’, the one book of his I have read. Blogging might have suited him rather well . . .
Posted by John Welch at 22:02 No comments: 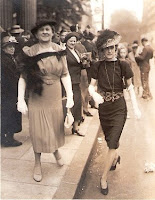 My parents were married at St Pancras - the church, not the railway station - in June 1939. It's that enormous Greek temple opposite Euston station. My grandfather was the vicar and my father was his curate. I'm not sure who these two hurrying along are, but I think the one on the right may have been called Beryl. Someone made a film of the event and I recently gave a copy on DVD to my daughter's boyfriend's cousin (well this is all about family) who has incorporated it into his installation for his MA show, which is in the Crypt of the church (see http://www.mineshow.co.uk/) - he is called Dominic de Vere (the Beryl, see above, was Beryl de Vere Gibson - this must be a coincidence.) The show is open 12-6.30pm till Saturday 4th October and a dozen or so artists are represented altogether. The Crypt is a wonderful, complex barrel-vaulted space, with tombstones piled up against the walls and odd bits of sculpture lying around in corners. So my parents have come back to where they started out from, but now disguised as art . . .
Posted by John Welch at 12:18 2 comments: 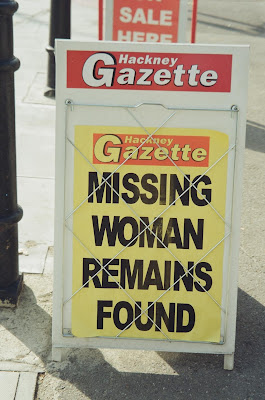